Former UFC welterweight title challenger Jon Fitch (32-7-2 MMA) is not sure if he will compete again in mixed martial arts.

The longtime welterweight contender has not stepped foot in the cage since April of 2019, when he fought then-Bellator welterweight champion Rory MacDonald to a controversial draw.

After a twelve-month layoff, the 42-year-old claims he would only come back for a big fight.

“If they offer me more than what I’m currently contracted for, I would fight anybody.” Jon Fitch told MMAJunkie. “But otherwise, a title eliminator or the title – that’s what would do it.”

While Fitch is willing to return for the right price, retirement is also an option that he has been considering for some time.

“I’ve been thinking about retirement for a while because the body is beat up and the money is not there,” Fitch said. “I’ve been doing this 17 years and it’s not the sport I thought it was going to be. It’s not even a sport anymore.” Jon Fitch stated. “It’s pro wrestling without the pre-determined outcome. So it’s a frustrating thing to be bound to these promoters. You never know when you’re going to fight, or if you’re going to get a fight, or if it’s good fight. There’s no merit system at all – it’s all about entertainment. They’re just putting on a show. It’s a show.” 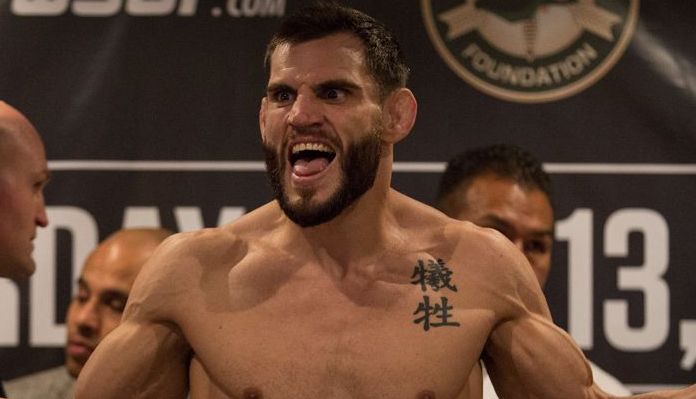 “It’s not a sport, and that’s really frustrating to deal with. That, paired with physical issues – I have kids now, so if the fights are not really appealing, it’s not worth doing. It’s not worth getting into training camp and breaking down my body for the amount of money that we’re making. There’s other jobs you can do and get by and not get brain damage. I’ve being doing this for so long that if it’s not a main event fight and it’s not for a title or title eliminator, it doesn’t really make sense.”

What do you think of the recent comments from former UFC title challenger Jon Fitch? Share your thoughts in the comments section PENN Nation!