The ongoing feud between The Korean Zombie and Brian Ortega continues and today ‘Gracie Jiu Jitsu’ legend Rener Gracie was put under the gun.

In case you missed it, this past weekend at UFC 248 Chang Sung Jung and T-City were involved in an altercation in the crowd. According to eye witness reports, and statements from both featherweight combatants, Ortega had slapped The Korean Zombie’s friend and manager Jay Park while Jung was taking a bathroom break.

Since the incident, both Ortega and Jung have shared their sides of the story and expressed their interest in settling the beef inside of the Octagon. 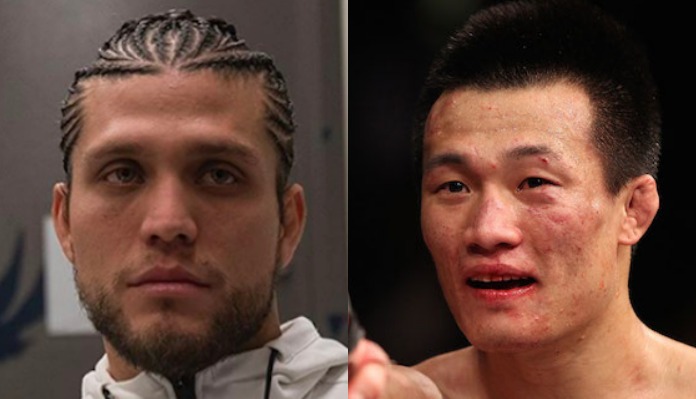 Most recently, The Korean Zombie took exception to a comment made by Rener Gracie on Brian Ortega’s Instagram, where he seemingly backed ‘T-City’ for his actions at UFC 248.

Those remarks did not sit well with The Korean Zombie, who proceeded to lash out at Rener and Gracie Jiu Jitsu as a whole.

“Rener Gracie I cannot believe you wrote this! Jay Park never asked me to write anything and get myself involved in this situation. How is it even acceptable that a 2nd place ranked fighter resorted to using violence towards a civilian?”

“I have been practicing my Jiu Jitsu while watching your YouTube videos. I even attended your seminar when you were in Korea. I am just ashamed and embarrassed. I also want to address that I am upset at ‘Gracie Jiu Jitsu’ as much as that moment when Ortega slapped Jay Park. Is it okay for someone to solve a problem physically before attempting to fix it verbally? Do you guys tell your students that it’s okay to do that at Gracie Jiu Jitsu? I truly thought that you would scold Ortega for his childish behavior because he should have never hit a civilian. I am deeply disappointed in you.”

Would you like to see UFC officials book a featherweight bout between former title challengers The Korean Zombie and Brian Ortega in light of their recent beef? Sound off in the comments section PENN Nation!