Dana White was on hand to watch his newest signee Michael Chandler make his Octagon debut against Dan Hooker at UFC 257.

Chandler (22-5 MMA) was making his UFC debut after scoring back-to-back knockouts in his most recent Bellator appearances. In his most previous effort back in August, Michael needed just over two minutes to finish former UFC champion Benson Henderson.

As for Dan Hooker (20-10 MMA), ‘The Hangman’ had entered UFC 257 looking to rebound, this after suffering a unanimous decision loss to Dustin Poirier in his most recent outing. That fight earned Hooker and Poirier ‘FOTN’ honors from Dana White and company. Prior to his setback to ‘The Diamond’, Hooker had strung together three straights wins which included a brutal knockout of James Vick. 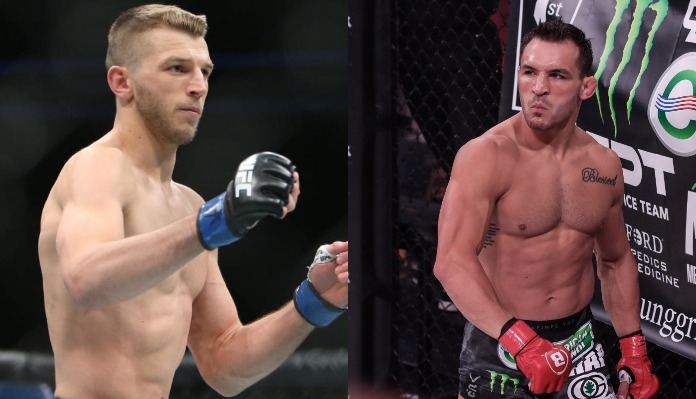 Tonight’s UFC 257 co-main event proved to be a quick contest. Michael Chandler was able to flatten Dan Hooker with a big right hand early in the opening round, and promptly finished ‘The Hangman’ off with ground and pound.

Check out how Dana White reacted to Chandler defeating Hooker below:

“When you get the platform that he had tonight, you make the most of it and that kid did!” – White said.

With tonight’s victory, Michael Chandler is now on a three-fight winning streak. Prior to stopping ‘The Hangman’, Chandler had picked up knockout victories over Benson Henderson and Sidney Outlaw under the Bellator banner.

As for Dan Hooker, the New Zealand native left his gloves in the Octagon following tonight’s loss. However, it has yet to be confirmed if ‘The Hangman’ is actually calling it a career.

Who would you like to see Dana White have Michael Chandler fight next following his KO victory over Dan Hooker this evening on Yas Island? Share your thoughts in the comment section PENN Nation!