Mike Perry has offered to step up and fight Leon Edwards on short notice after his scheduled UFC fight with Khamzat Chimaev fell through.

Edwards and Chimaev were slated to headline next month’s UFC Fight Night 187 event on March 13. However, due to a lingering illness, ‘Borz’ was forced to withdraw from the highly anticipated welterweight matchup.

The cancellation marked the third time that a scheduled bout between Leon Edwards and Khamzat Chimaev has failed to come to fruition. With that said, Dana White and the UFC are still hoping to have ‘Rocky’ compete on March 13. 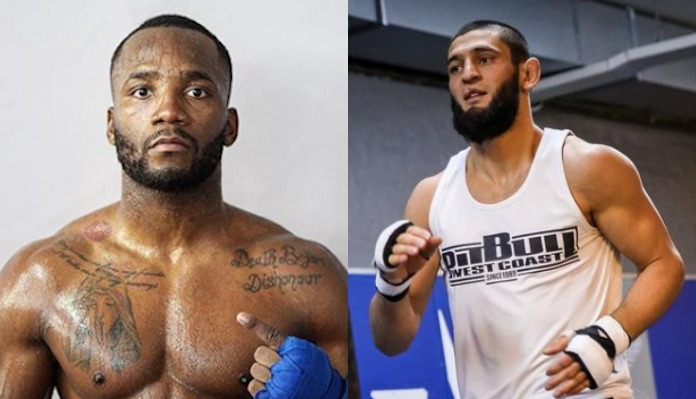 While Edwards is certainly deserving of a top five opponent, there is no guarantee that he gets such a replacement. Former title challenger Stephen Thompson seemingly fits the bill and has offered his services, but the Birmingham native does not appear to be interested in that fight.

One person who is willing to step up and fight Leon Edwards is fan favorite Mike Perry.

‘Platinum’ recently took to social media where he offered to fight ‘Rocky’ on short notice.

I’ll fight @Leon_edwardsmma since nobody else will. I know I don’t have a win streak but if he wants to fight and nobody will do it it would be my pleasure!

“I’ll fight @Leon_edwardsmma since nobody else will. I know I don’t have a win streak, but if he wants to fight and nobody will do it, it would be my pleasure!” – Perry wrote on Twitter.

Mike Perry (14-7 MMA) has not competed since suffering a unanimous decision loss to Tim Means at November’s UFC 255 event. The loss marked Perry’s third setback in his past four Octagon appearances.

The Florida natives most recent victory came over Mickey Gall by way of unanimous decision at UFC Vegas 4 in June of 2020.

Leon Edwards had hoped that Nate Diaz would step up take the place of Khamzat Chimaev on March 13. Unfortunately for ‘Rocky’, the ‘Stockton Slugger’ did not oblige.